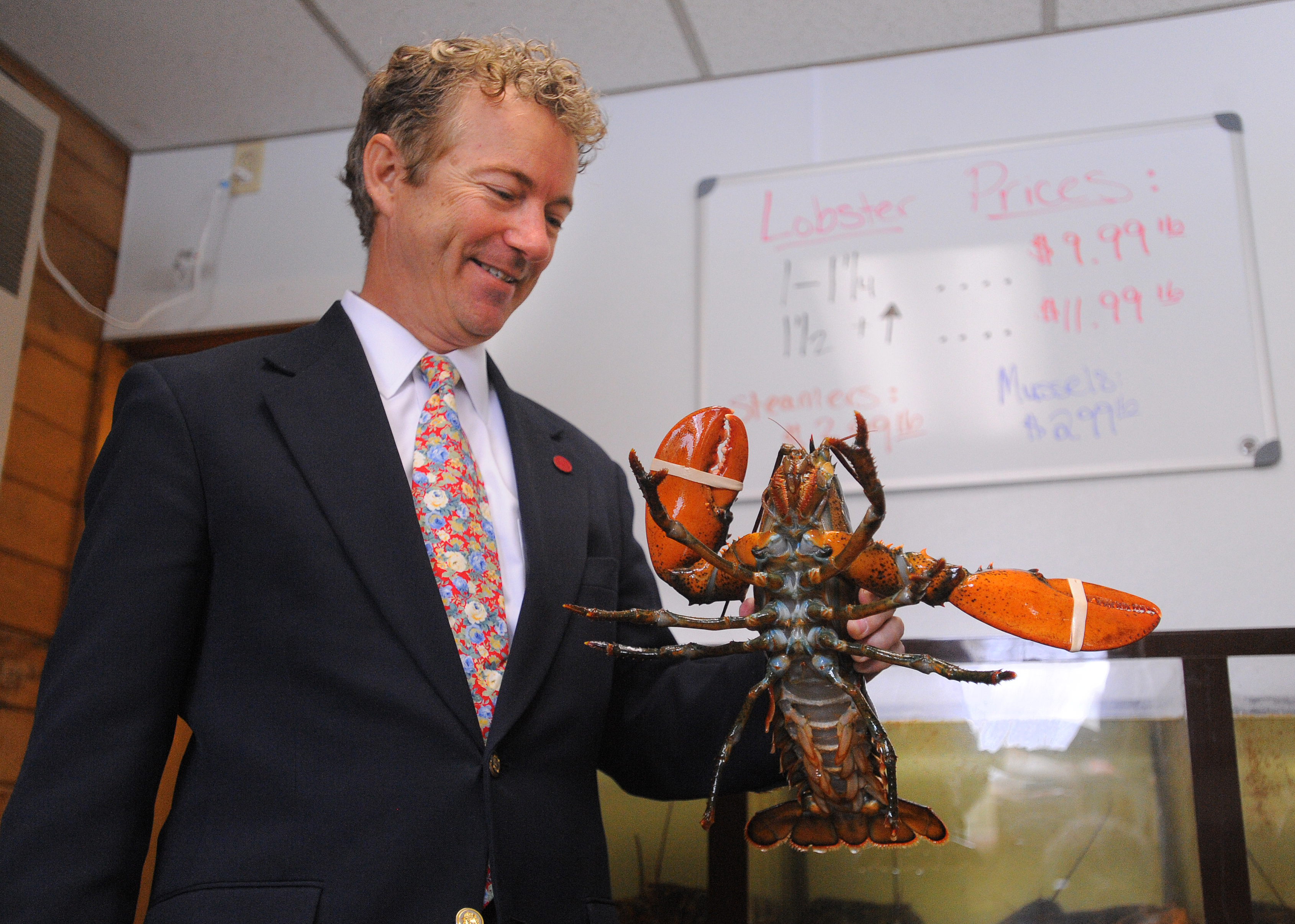 Sen. Rand Paul, R-Kentucky, visited a Bangor seafood shop ahead of a speech at the Maine Republican Party’s 2014 state convention. He dropped out of the 2016 presidential race on Wednesday. (Gabor Degre – BDN)

Rand Paul’s Wednesday announcement that he’s leaving the 2016 presidential race means that Maine Republicans lost the candidate who paid them the most attention during the past year.

The Kentucky senator spoke at the 2014 state party convention with a hopeful message of broadening the party to better attract independents. That was before he was an official presidential candidate, but he was polling as a top candidate for the nomination and fueling speculation that he’d run.

Once he was a candidate, Paul never took off: He finished fifth in the Iowa caucuses and was most recently polling at less than 3 percent nationally, according to RealClearPolitics averages.

On one hand, it’s perplexing: Paul’s campaign did worse than those run by his father, Ron Paul, in 2008 and 2012, even though the younger Paul is a more mainstream libertarian-leaning Republican than his father, who was treated as a fringe candidate by all but his most ardent libertarian supporters.

Maine was kind to Ron Paul, whose supporters took over Maine’s Republican convention in 2012 to initially secure a majority of delegates. However, that was challenged and delegates ended up being split between him and Mitt Romney, who won more recorded votes during Maine Republican caucuses on his way to the party’s nomination.

Once Rand Paul entered the 2016 race, there were early signs that his father’s voters wouldn’t necessarily be his. A Ron Paul delegate told the Bangor Daily News in August that Rand Paul was “addicted to the big money” and that the senator wouldn’t get his vote if he ran as a Republican.

Still, Rand Paul probably would have had outsized support in Maine and seemed to recognize that, speaking in Freeport in September and enlisting state Sen. Eric Brakey, R-Auburn, who worked for Ron Paul, to chair his campaign here.

Brakey said Wednesday that Paul’s downfall may have been his foreign policy stances, which are somewhat dovish for his party.

Those were perhaps ill-timed for a period when threats of terror from the Islamic State are leading to heated rhetoric from other contenders, including Sen. Ted Cruz of Texas, who has said the U.S. should “carpet bomb” the terrorist group “into oblivion.”

For now, Brakey said he’s undecided on who he’ll endorse. But he said many Rand Paul supporters may not support another Republican and could migrate to the Libertarian Party’s nominee.

“Maybe he’ll be a presidential candidate again or maybe he’ll just continue making waves and continue standing up for liberty issues in the U.S. Senate,” Brakey said of Paul. “Either way, he’s had a tremendous impact on the United States.”