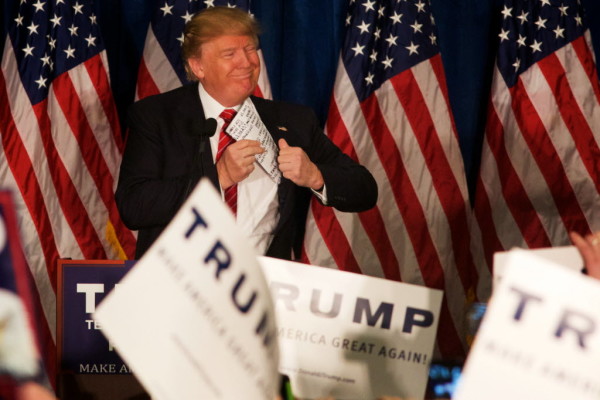 Hillary Clinton is in danger of being the first Democrat to lose Maine in a presidential election since 1988, with a poll released Tuesday showing her tied statewide with Republican Donald Trump.

The survey from the progressive Maine People’s Resource Center is the most worrying sign for the Democrat here so far, reinforcing a clear Trump lead in the rural, more conservative 2nd Congressional District.

Clinton got 37 percent of votes in the group’s four-candidate poll, effectively tied with Trump, who had 36.7 percent. Libertarian Gary Johnson had 11.1 percent and the Green Party’s Jill Stein had 4.6 percent, with only 10.6 percent undecided. The MPRC sampled 835 likely voters with an error margin of 3.4 percent.

Those third-party candidates are harming Clinton: Head to head, she led Maine with 45 percent to Trump’s 39.9 percent.

Maine is one of two states to award electors by congressional district. The state winner gets two Electoral College votes, while the winner in each district picks up one vote. The two districts have never split before, but as it stands, a split is likely.

This is becoming a clear trend. Two other polls this month in the 2nd District — one from Emerson College and the other from The Boston Globe —  had Trump up by 5 points and 10 points, respectively. Statewide, Clinton was up by nine points in the Emerson poll and three points in the Globe poll.

This week, Sabato’s Crystal Ball moved the 2nd District from “Leans Democratic” to “Leans Republican, while leaving Maine as “Likely Democratic.” The older, heavily white demographics of the district favor Trump, who has polled well in similar areas.

This follows national tightening in the race over the past week. Real Clear Politics has Clinton leading Trump by one point in its most recent averages and Clinton maintains an edge on its projected electoral map.

U.S. Sen. Tim Kaine of Virginia, Clinton’s running mate, was in Maine for a fundraiser last week and told the Bangor Daily News that “because of the way you allocate the electoral votes, we really want to do what we can to win CD2.”

But for now, it looks like they’ll have to fight to win the state.