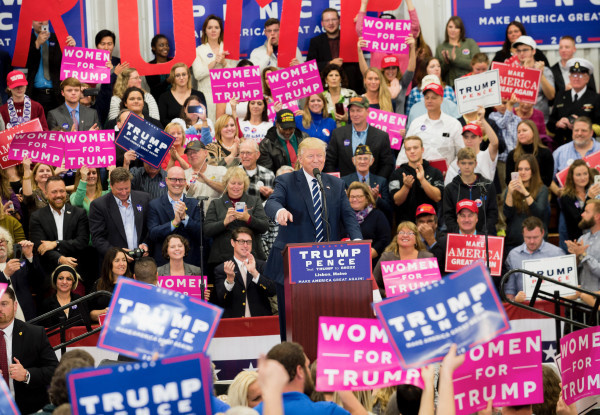 A Skowhegan propane dealer who said he’ll no longer deliver to supporters of President-elect Donald Trump called the Republican “the Antichrist,” but that he wouldn’t cut off freezing customers.

If you call Turner LP Gas in Skowhegan, you get a message from owner Michael Turner: “If you voted for Donald Trump for president, I will no longer be delivering your gas,” it says. “Please find someone else.”

Reached on Friday night, Turner said he recorded the message on Election Day. After media learned of it earlier that day, he said he had 50 voicemails. Most of them were from angry Trump supporters, but he said one of four were supportive.

He said Trump is “despicable” and said, “I think he’s the Antichrist,” though the Skowhegan native and veteran said his family likely all voted for the president-elect because of his stances on gun rights and abortion.

“It’s just a statement,” Turner said. “If you voted for Trump, don’t tell me and I wouldn’t cut anyone off that was freezing.”

Turner could be turning away a lot of business, given that the Republican president-elect won Somerset County with 58 percent of votes.

Some cases like this have already garnered national attention after Trump’s win over Democrat Hillary Clinton, including a New Mexico marketing firm that refused to do business with Trump supporters.

So while it may not be good public relations, Turner’s move is legal. He said he’s not fearful for his business because he’s retiring soon, and he’s mulling becoming more politically active.

“He’s surrounding himself with white supremacists, racists, and now he’s got a bunch of generals going into his cabinet,” Turner said of Trump. “I wouldn’t be surprised if he pulled a Fidel Castro: Declare martial law and take over.”