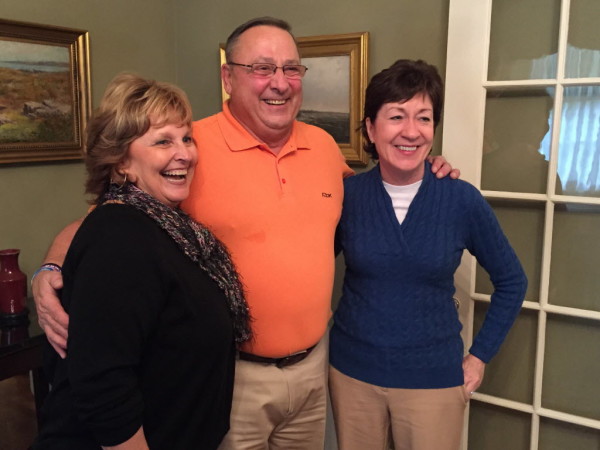 U.S. Sen. Susan Collins again demurred on questions about a 2018 gubernatorial run in a Tuesday radio interview, but she said if she ran, her goal would be to “heal the state and bring people back together.”

It was the Republican’s most pensive statement yet on a long-discussed potential run to replace the term-limited Gov. Paul LePage. The moderate’s nod to a toxic political environment in Maine could also be seen as a shot at the divisive governor whom she once backed, but has now drifted far from.

Collins, who has served in the Senate since 1997, told WGAN on Tuesday that she’s weighing her seniority in Washington, D.C., against the opportunity to work on issues of interest in Maine, including economic development and education.

“I would try to heal the state and bring people back together, which I think is important as well,” Collins said. “So, I’m trying to figure out where I can do the most good. I’m being totally honest with you — I truly don’t know. It’s a hard decision.”

Collins has long been one of the most popular politicians in Maine, with polling from earlier this year released Tuesday by Morning Consult saying she’s the nation’s sixth-most popular senator with a 67 percent approval rating.

A Bangor Daily News analysis in December placed Collins among a group of 17 potential candidates who are considering or rumored to be running or not ruling it out. Given Collins’ popularity, a gubernatorial run would probably send many on both sides of the aisle scrambling away from the race.

LePage won his 2010 and 2014 elections with support from Collins, who has generally refrained from criticizing the governor during his tenure. But LePage ramped up criticism of Collins after she refused to support the campaign of President Donald Trump last year.

He said in October that he’s no fan of her and in November that she’s “done in Maine” because she distanced himself from Trump. So, it’s no surprise that she’s teasing a different course in Augusta if she’s elected to replace LePage.