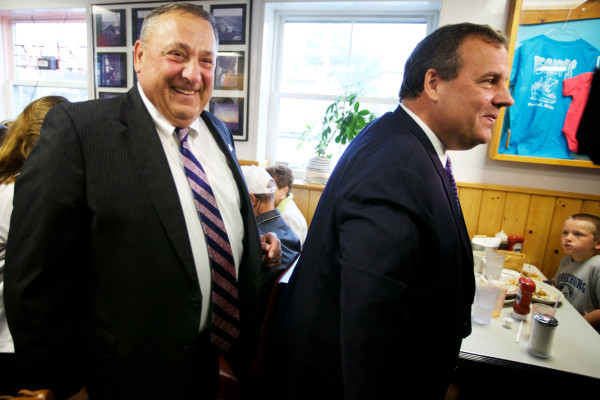 Gov. Paul LePage said in a Tuesday radio interview that he vetoed bills that would limit tobacco sales to Mainers 21 and older and ban cellphone use while driving, blasting them as “social engineering.”

The Republican governor’s vetoes will likely doom at least the cellphone bill, which passed in both legislative chambers last month with less than the two-thirds support needed to override a veto. Most Republicans voted for the anti-smoking bill.

The Legislature voted to enact both bills last week, but LePage told WVOM on Tuesday that he has already vetoed them. Lawmakers will return in early August to hold override votes on a host of expected LePage vetoes.

The anti-smoking bill would make Maine the fourth state to raise the tobacco-buying age to 21 after New Jersey Gov. Chris Christie — who LePage initially endorsed for president in 2015 — signed a similar bill on Friday.

But LePage said 18-year-olds who can be sent to war should be allowed to smoke if they want and are “mature enough to make their own decision.”

“I like Chris Christie, but this is one area where we would separate on policy because I don’t believe social engineering our society is going to create a good society,” he said.

The other bill would ban any use of cellphones and other hand-held devices while driving, but LePage said if Maine’s existing distracted-driving laws aren’t sufficient, lawmakers should “make them work.” Text messaging while driving is illegal.

However, the Maine State Police backed the bill in April, saying Maine’s current anti-texting laws are “difficult and at times impossible to enforce” since they must prove someone is text messaging and not, for example, changing a music playlist and that the bill would “provide a more objective, understandable and enforceable standard.”