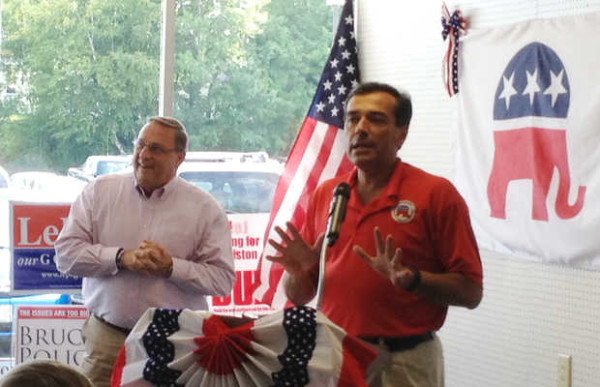 Several Maine Republicans said Tuesday that the Medicaid expansion question on the November ballot shouldn’t contain the word “insurance,” a concern that was quickly dismissed by a top Question 2 proponent.

The group, led by former Maine Republican Party Chairman Rick Bennett, sent a letter to Secretary of State Matthew Dunlap on Tuesday listing the use of “insurance” as one of four main concerns about the draft language of the question, which would expand Medicaid under the federal Affordable Care Act to an estimated 70,000 Mainers.

It’s been one of the biggest policy debates during the era of Gov. Paul LePage, who has vetoed expansion proposals five times, saying it could lead to exploding costs in the program. Proponents have said not expanding has left $1 million per day on the table that could support health care coverage and jobs.

Dunlap, a Democrat, controls the wording of the question. A draft version asks if a voters wants to “provide health insurance through Medicaid” for qualified adults, who are younger than 65 with incomes at or below 138 percent of the federal poverty line. A public comment period on the wording is open through Sept. 1.

Bennett’s group called a news conference on Tuesday morning that mostly focused on the word “insurance” — which he said Medicaid “simply isn’t … under any definition” and noting that the word doesn’t appear in the law that Mainers will decide on in November. The group stood next to a sign saying Medicaid is “welfare.”

However, a glossary on Healthcare.gov calls it an “insurance program” and whatever you call it, Medicaid covered nearly 69 million Americans as of May and it has covered nearly 153,000 children in Maine as of 2016.

The group of Republicans, which also included Assistant House Minority Leader Ellie Espling of New Gloucester and Rep. Heather Sirocki of Scarborough, said in their letter that cost information should be included in the question and that the federal poverty level is poorly defined.

Kristen Muszynski, a Dunlap spokeswoman, said he won’t be commenting on question wording at this time, but that he’ll take all expressed concerns into consideration when drafting the final question.